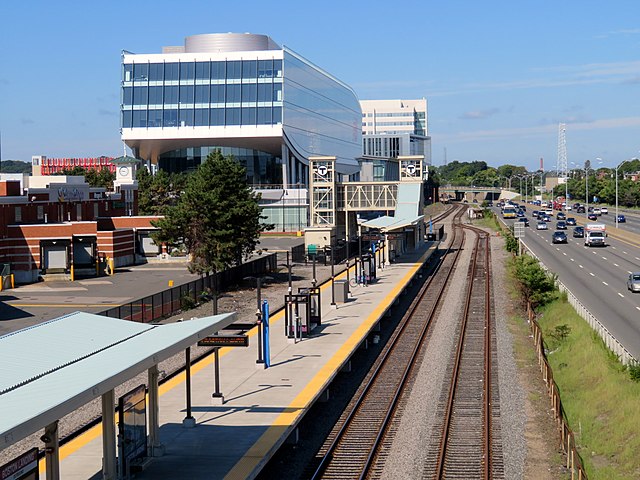 Allston is a neighborhood in the western part of Boston.  It was named after the American painter and poet Washington Allston, and is often referred to collectively with the adjacent neighborhood of Brighton creating the common term “Allston-Brighton.” About 52% of Allston’s population is aged 20-34, ranging in students and young professionals.

Allston’s prime location to two major universities, Harvard and Boston University, creates a large student population in the neighborhood.  A large part of Harvard University lies within Lower Allston, including Harvard Business School and Harvard athletic facilities.  Boston University also lies on Commonwealth Avenue to the east.  In addition, Berklee College of Music has a practice and rehearsal building near Commonwealth Avenue in Allston.

Allston is home to many small businesses and restaurants.  It is also home to many locally owned music venues and recording studios, and is well known for its diverse and lively music scene. In recent years, an influx of international students and young professionals have taken an increasingly active role in the neighborhood. This varied mix of people creates one of the most energetic and diverse populations in Boston. Harvard Avenue, Commonwealth Avenue and Brighton Avenue host many unique restaurants and popular watering holes.  Allston is well serviced by the MBTA with numerous stops on the Green B Line.

Contact Us
Questions? We're Here to Help
Recently From Our Blog
Looking for Boston Properties with a Teardown House
What is the Difference Between Standard Features and Upgrades in Boston New Construction Homes?