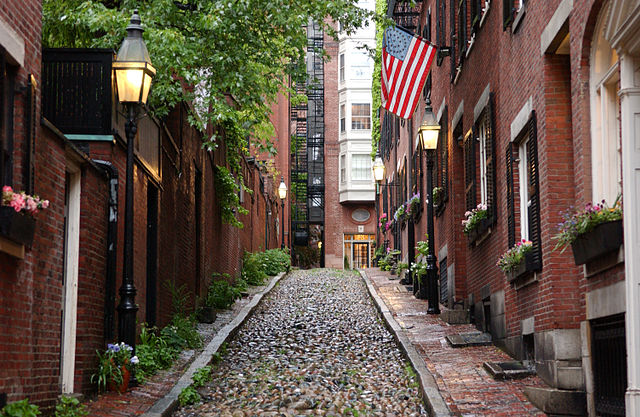 Like many similarly named areas, the Beacon Hill is named for the location of a former beacon atop the highest point in central Boston. The beacon was originally used to warn the residents of an invasion, but is now used to refer to politics and wealth. Because the Massachusetts State House is in a prominent location at the top of the hill, the term "Beacon Hill" is also often used as a metonym in the local news media to refer to the state government or the legislature.

Beacon Hill is bounded by Storrow Drive, and Cambridge, Bowdoin, Park and Beacon Streets. It is about one mile square and situated along the riverfront of the Charles River Esplanade to the west, just north of Boston Common and the Boston Public Garden.

There are three main MBTA train stops within the Beacon Hill, most notably Park Street which accesses most of the other lines. Beacon Hill is also within walking distance of the financial district and other areas of Boston.

Contact Us
Questions? We're Here to Help
Recently From Our Blog
What is Mortgage Curtailment?
Tips for Purchasing a Profitable First Rental Property